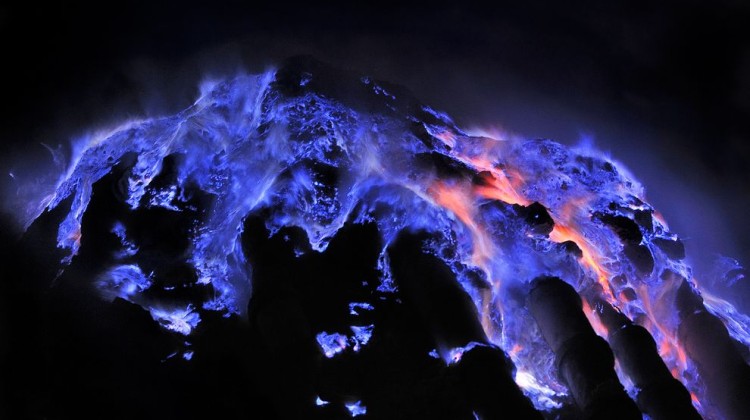 Kawah Ijen is a volcano on the island of Java with an unusual geologic quality: sulfur-rich gases, which emerge through cracks around the crater and ignite on contact with the air. Sulfur itself isn’t unusual around volcanos – it’s the high amount of sulfur present at Kawah Ijen that makes a difference. During the day the combustion is invisible, but as night falls it appears as a spectacular electric blue glow. Olivier Grunewald has documented Kawah Ijen for several years (and by the way  – no filters are used in these photographs).

The glow is actually the light from the combustion of sulfuric gases, Grunewald explained. Those gases emerge from cracks in the volcano at high pressure and temperature—up to 1,112°F (600°C). When they come in contact with the air, they ignite, sending flames up to 16 feet (5 meters) high. Some of the gases condense into liquid sulfur, “which continues to burn as it flows down the slopes,” said Grunewald, “giving the feeling of lava flowing.”

In January 2014, Grunewald and Régis Etienne, the president of Geneva’s Society of Volcanology released a documentary on Kawah Ijen volcano. Here’s a preview:

Grunewald is forced to wear a gas mask for protection when visiting these hostile volcanic environments.

A similar phenomenon occurs at Yellowstone National Park, although not nearly as pronounced as at Kawah Ijen. Blue volcanic fire was also reported on the slope of Mount Vesuvius as well as on the island of Vulcano (a small volcanic island north of Sicily). 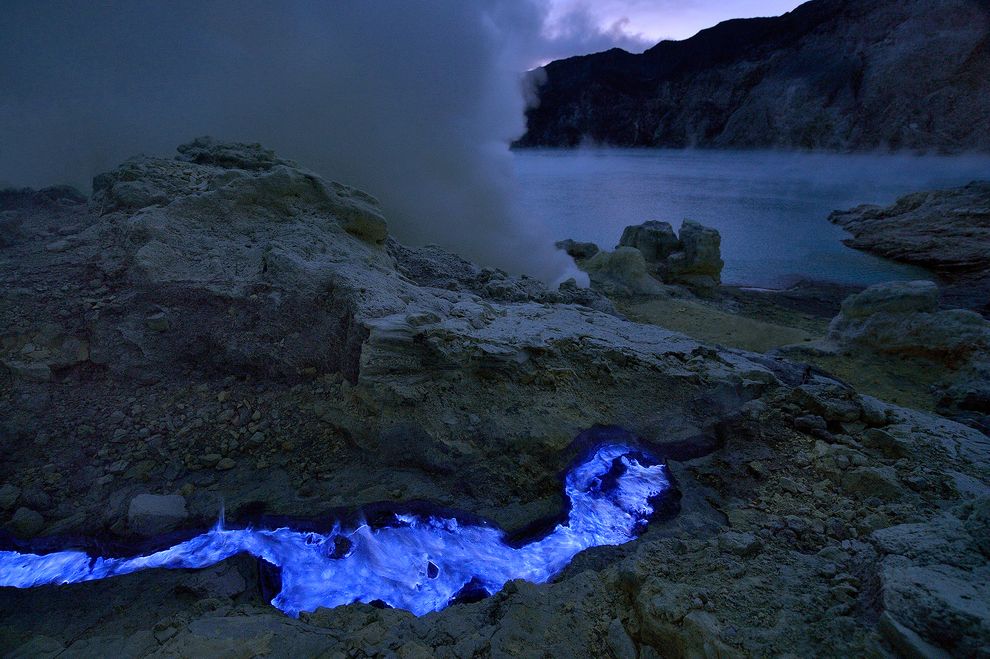 A river of sulfur on Kawah Ijen. Photo: Olivier Grunewald.