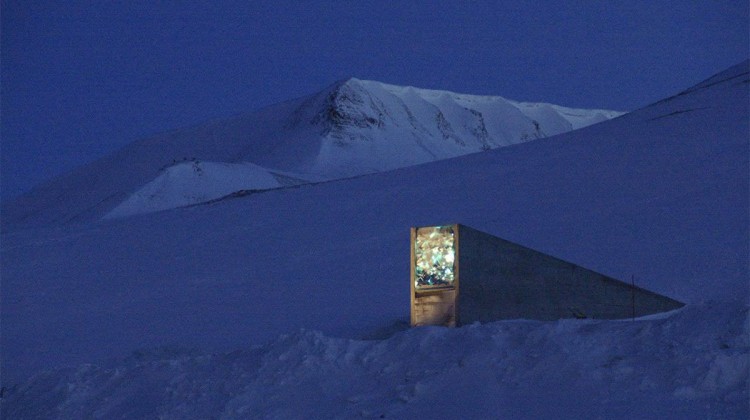 The Svalbard Global Seed Vault has received a new shipment of seeds for long-term storage. The shipment to the vault in Longyearbyen, Norway contained 20,000 seed samples from Japan, Brazil, Peru, Mexico and the USA.

Svalbard Global Seed Vault bills itself as a safety net for the world’s food plants, and intends to safeguard against climate change and other disasters that can threaten the plant diversity vital for our survival. It’s not a gene bank – there are already many gene banks around the world, and the seeds in Svalbard are safety duplicates. Large gene banks can be found in China, Russia, Japan, India, S. Korea, Germany, and Canada, among others. There are also international gene banks such as the ones operated by Centers of the Consultative Group on International Agricultural Research. The Food and Agriculture Organisation of the UN lists around 1400 collections of seeds in the world.

Seeds are stored free of charge, and are placed in Svalbard on black box terms – only the depositor of the seeds has the ability to withdraw them.

The Svalbard Global Seed Vault FAQ page answers a large number of questions and provides a host of interesting facts:

Priority will be given to crops that are important for food production and sustainable agriculture, which is of the utmost importance for developing countries where food security is a challenge. More than 7,000 plant species have historically been used in human diets; however, less than 150 species are today used in modern agriculture. Only 12 plant species today represent the major vegetable source in today’s menu. Within each plant species a high number of varieties and great genetic diversity may be found. For example, there are more than 100,000 varieties of rice.

The question What if the permafrost in Svalbard begins to melt? is also addressed. The Seed Vault consists of rooms blasted from the permafrost, and the Vault is located high enough and deep enough in the mountains that the permafrost won’t be affected by global warming.