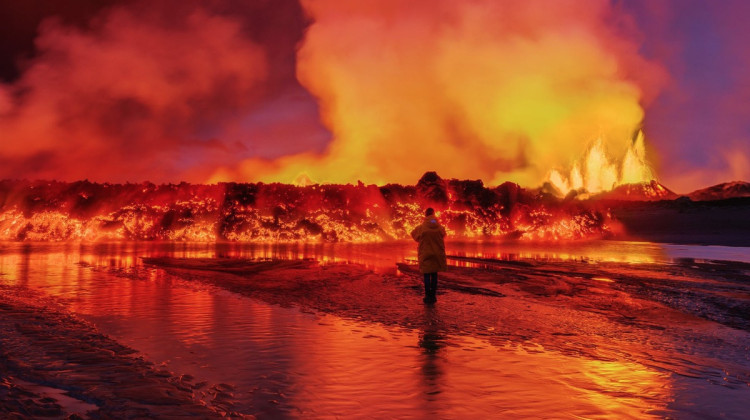 Speaking of volcanos, these photos of Bardabunga volcano (Bárðarbunga) in Iceland are fantastic.

Bárðarbunga is a stratovolcano located under Vatnajökull, Iceland’s most extensive glacier. The second highest mountain in Iceland, 2,009 metres (6,591 ft) above sea level, Bárðarbunga is also part of a volcanic system that is approximately 200 kilometres (120 mi) long and 25 kilometres (16 mi) wide.
– via Wikipedia 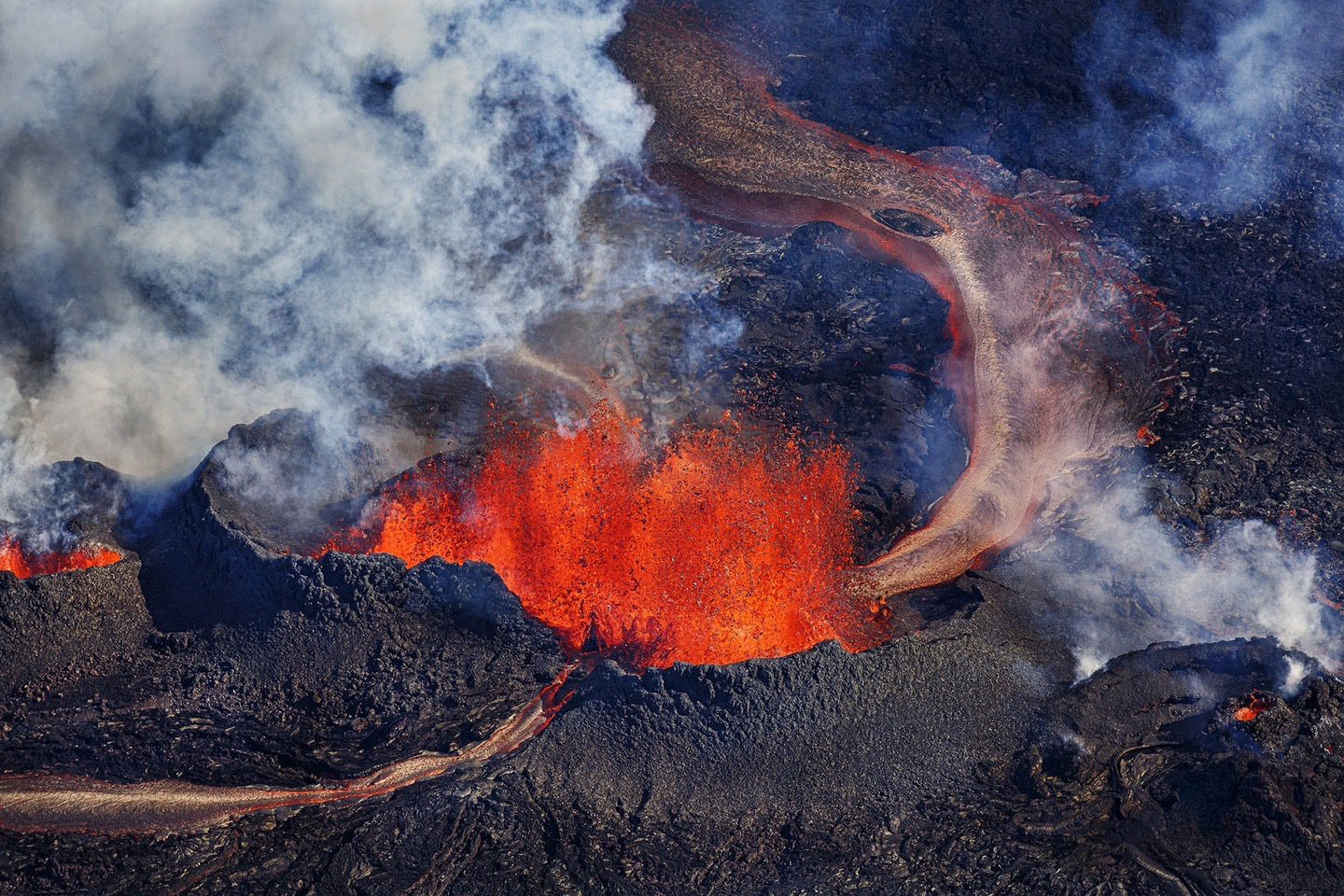 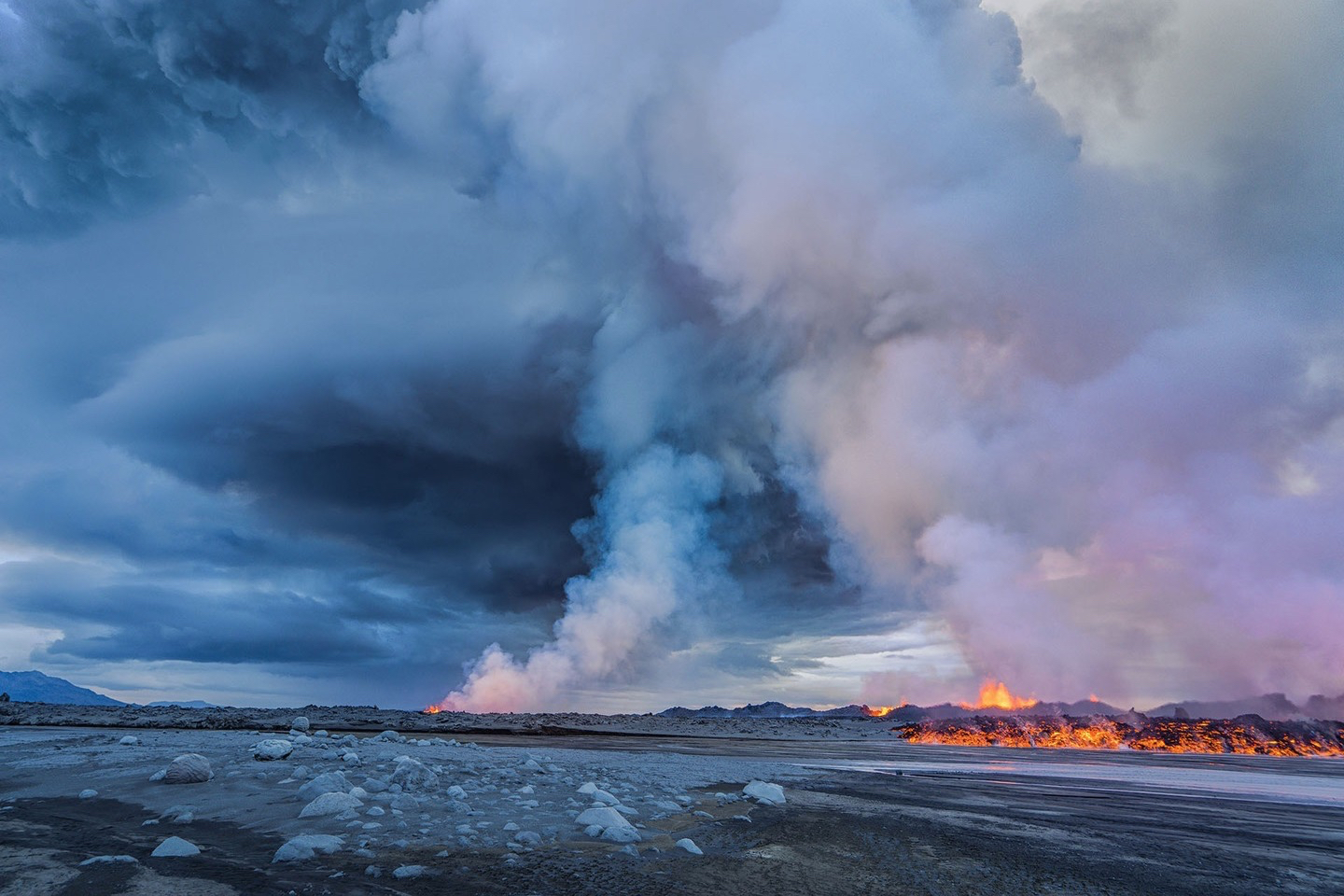 There’s an interesting story about this area on Wikipedia:

On 14 September 1950 a Douglas C-54 Skymaster aircraft belonging to the Icelandic airline Loftleiðir made an emergency landing on the Vatnajökull glacier at Bárðarbunga during a cargo flight from Luxembourg to Reykjavík. There were no fatalities, but damaged radio equipment left them unable to communicate their location. After two days the crew started the emergency SOSsignal beacon in the rubber life-raft and a Loftleiðir Catalina aircraft spotted them. The C-54’s cargo included the body of a deceased USAF colonel, prompting American assistance. A USAF C-47 equipped with skis landed on the glacier but was unable to take off again, so it had to be abandoned. After six days both crews were rescued by a ski-patrol from Akureyri. Later Loftleiðir bought the stranded C-47 from the USAF for $700. In April 1951 it was dug out of the snow and towed down the mountain by two bulldozers, where it was started and flown to Reykjavik.