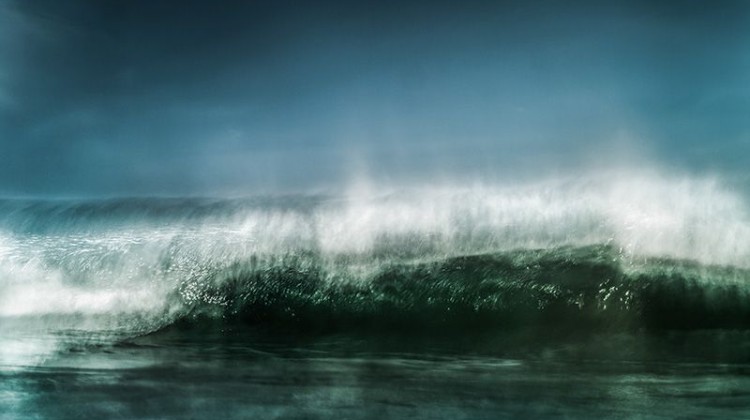 From the series In Between, by Alessandro Puccinelli.

I didn’t grow up near the ocean. There was a little river about 20 minutes from our house by bicycle, and a lake 20 minutes further than that, but the ocean lay hours away. Whenever we visited the coast I wondered: Why don’t we live here all the time?

The ocean was unfathomable then, and it still is. Words can’t fully describe it, but maybe these pictures by Alessandro Puccinelli can. Alessandro lives in Portugal and works as a commercial photographer. Much of his personal work involves the ocean, which he describes this way:

To some extent, the sea has been my guide throughout life and I think of the ocean as both an example to learn by and a source of knowledge and inspiration. The images attempt to capture the sea at different levels. It can seem to be larger than anything else, both empty and full at the same time, similar but never the same, in perpetual movement, always a source of inspiration, a multitude of contradictions to our eyes but which, nonetheless, manage to fit together in total harmony.

Dive in – these are all magnificent. 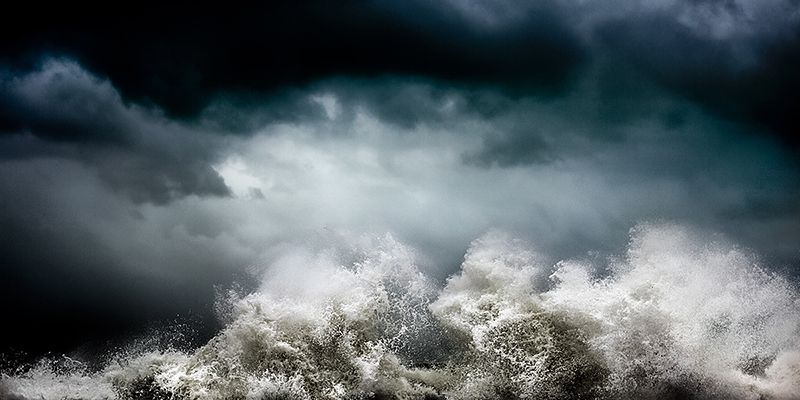 From the series Intersections. 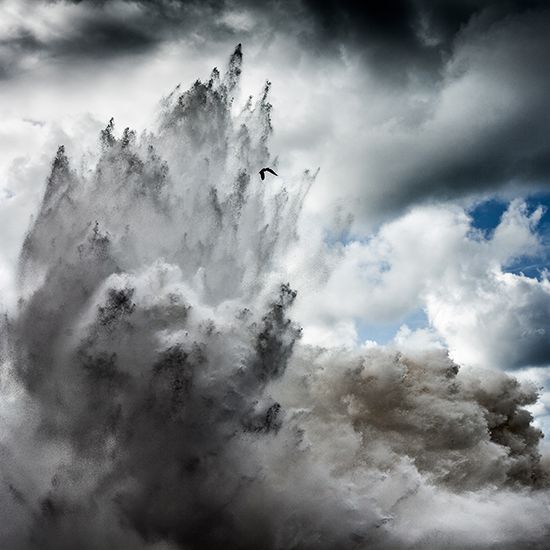 From the series Intersections 2. 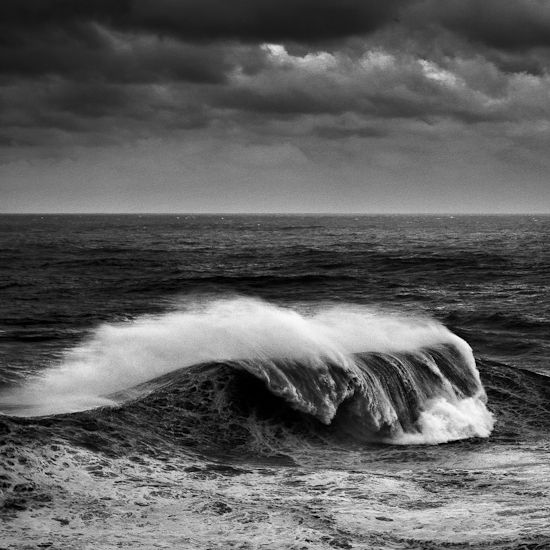 From the series Mare 01. 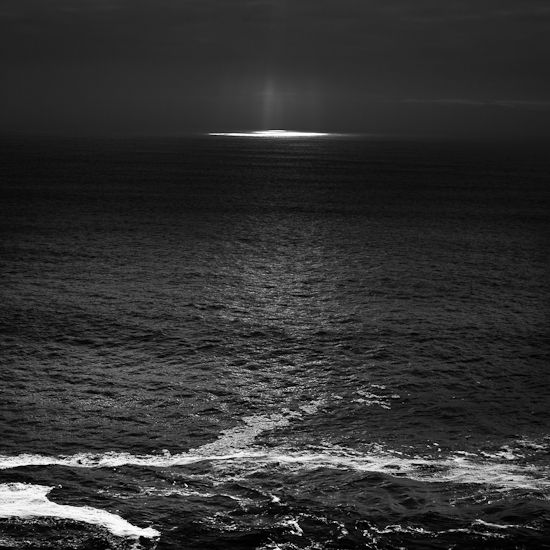 From the series Mare 02. 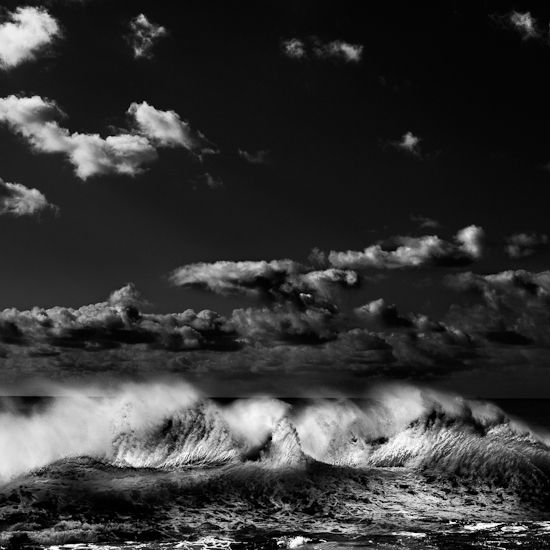 From the series Mare 03. 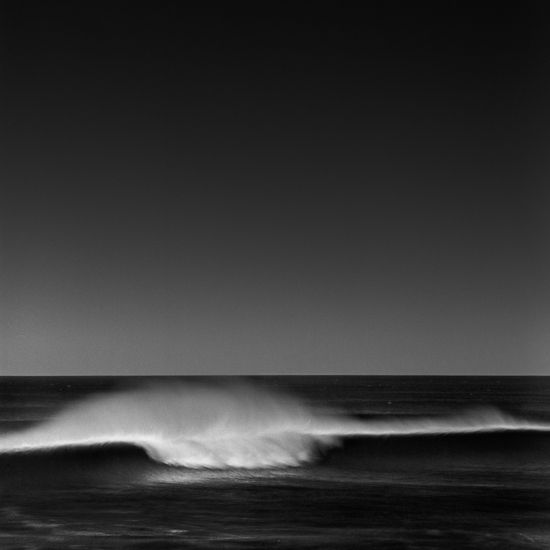 From the series Mare 04. 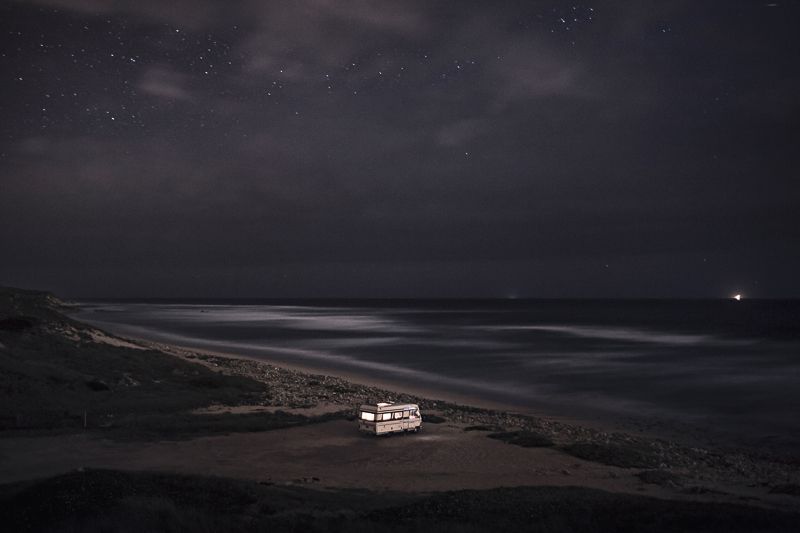 From the series A Van in the Sea.

For the series A Van in the Sea, Alessandro writes:

I decided to buy an old (but super well constructed) motorhome Hymer 1983 and move it along the south coast of Portugal in some of my favorite places along the european coast. I did that just to be able to take care of my personal photography project and also…because I just wanted to do what I like.

Each night before he went to sleep, he took a stroll and photographed the RV under the stars.

This last image features a book cover for the poet Pattiann Rogers. Penguin used an image from the Intersections series to illustrate Rogers’s work:

Pattiann Rogers and Alessandro are a perfect match – see how she writes about our infinitesimal size in the last stanza of the poem Achieving Perspective:

And when you speak to me like this,
I try to remember that the wood and cement walls
Of this room are being swept away at this very moment,
Molecule by molecule, in a slow and steady wind,
And that nothing at all separates our bodies
From that vast emptiness expanding, and I know
That we are sitting in our chairs now
Discoursing in the middle of the blackness of space.
And when you look at me in this way,
I try to recall that at this moment
Somewhere millions of miles beyond the dimness
Of the sun, the comment Beila, speeding
In its rocks and ices, is just beginning to enter
The widest arc of its elliptical turn.

You can read all of Achieving Perspective at Poetry Foundation, along with many other poems by the author.