Home → Transportation → The car that parks and recharges itself 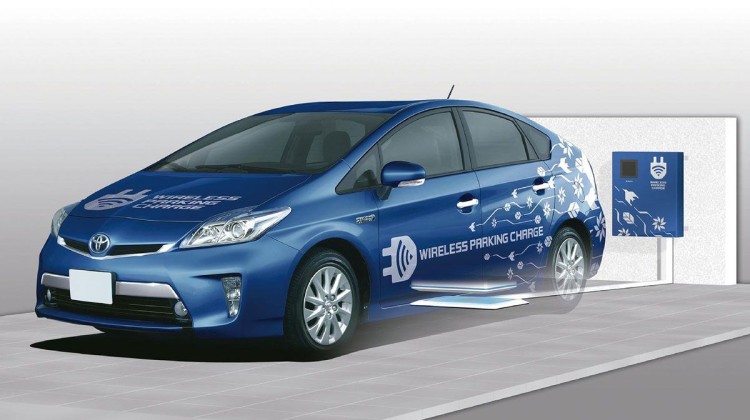 Toyota will soon begin testing a wireless parking and charging system for its EVs. No physical connection is required with the new system – a transmitting coil in the ground aligns with a receiving coil in the car, and electricity transfers wirelessly between the two.

The charging system transmits electricity by using the magnetic resonance resulting from changes in magnetic field intensity between a transmitting coil on the ground and a receiving coil on the vehicle. It operates at a frequency of 85 kHz, with input voltage of 200 VAC and charging power of 2 kW. Charging time is estimated at about 90 minutes.

Because the system also uses automatic parking, it removes the problem of driver error and can optimally align the two coils.

The system can reduce drops in power transmission efficiency that can be caused by misalignment or height differences between the transmitting and receiving coils. It is designed to minimize electromagnetic interference on nearby equipment, and the ground-installed transmitting coil is robustly built to withstand a vehicle driving over it.

Toyota announced in August that the next-generation Prius Plug-in Hybrid would include a wireless charging option. The new wireless charging system will be tested for a year at homes in Japan; three PHEVs will be used in the tests.