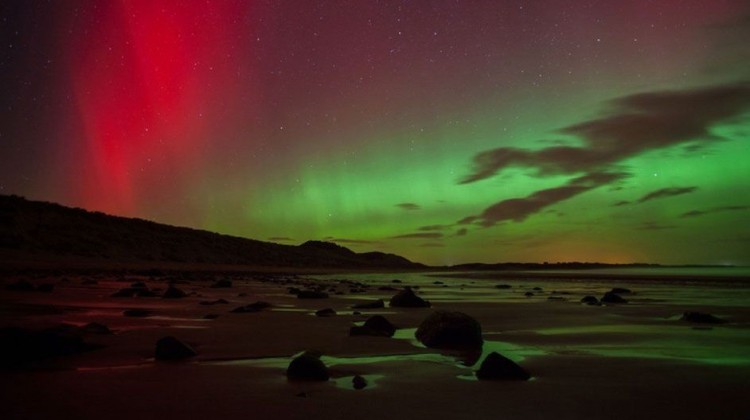 The aurora borealis, or northern lights, come in a variety of colors depending on altitude and the behavior of the photons in the Earth’s upper atmosphere:

At high altitude oxygen red dominates, then oxygen green and nitrogen blue/red, then finally nitrogen blue/red when collisions prevent oxygen from emitting anything. Green is the most common of all auroras. Behind it is pink, a mixture of light green and red, followed by pure red, yellow (a mixture of red and green), and finally, pure blue. (Wikipedia)

Red is a rare color:

At the highest altitudes, excited atomic oxygen emits at 630.0 nm (red); low concentration of atoms and lower sensitivity of eyes at this wavelength make this color visible only under some circumstances with more intense solar activity. The low amount of oxygen atoms and their very gradually diminishing concentration is responsible for the faint, gradual appearance of the top parts of the “curtains”. (Wikipedia)

The sun’s recent solar flare and CME (coronal mass ejection) brought intense displays of the northern lights to the UK. The BBC has rounded up a series of photos of the aurora, including several examples of the rarer red lights. 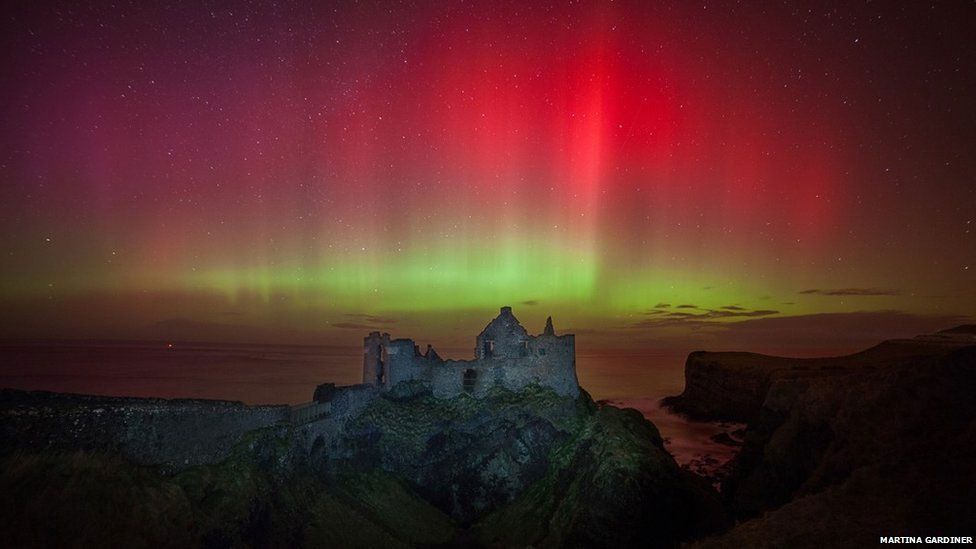 The intensity of the red looks unreal in some of these images: 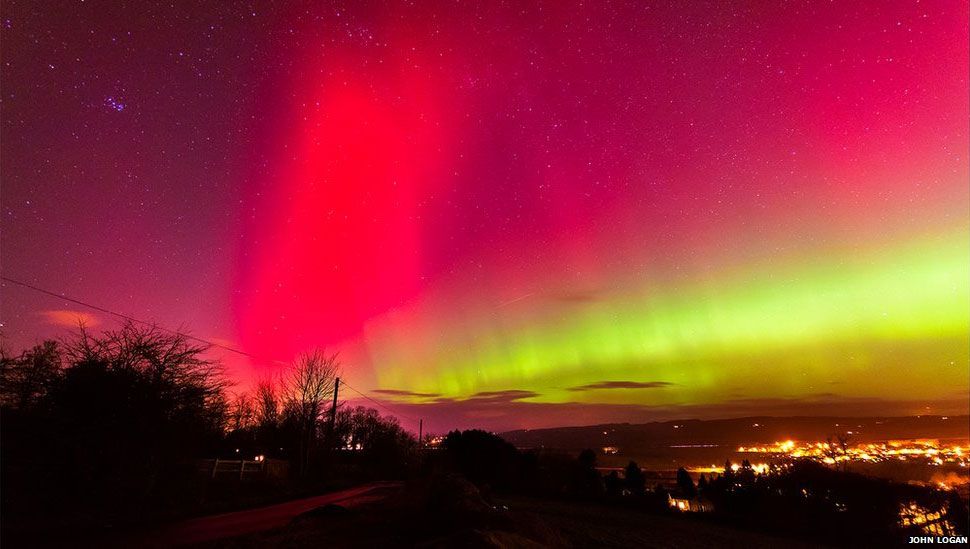