Home → Planet Earth → Sinabung before and after 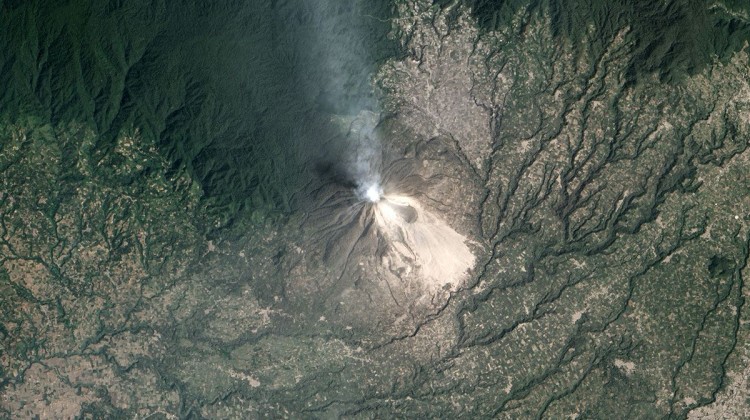 On August 29, 2010, after four centuries of inactivity, Mount Sinabung in North Sumatra, Indonesia erupted in what is called a minor eruption – ash spewed 1.5 km (nearly a mile) high into the atmosphere, and lava overflowed its crater. Since then, the volcano has erupted over 200 times and displaced thousands of people.

The actively growing lava dome, being a mass of unstable, moderately viscous lava, frequently collapses in parts and produces hot block and ash avalanches (pyroclastic flows) that reached up to 4.5 km distance. According to the latest figures, the number of refugees from the 5-7 km exclusion zone has reached approx. 25,000. (volcanodiscovery.com)

Mount Sinabung is a 2460 m (8,071 ft) stratovolcano – a volcano built of layers of ash and lava. In the photo above the new ash avalanches are clearly visible. Here’s a close-up: 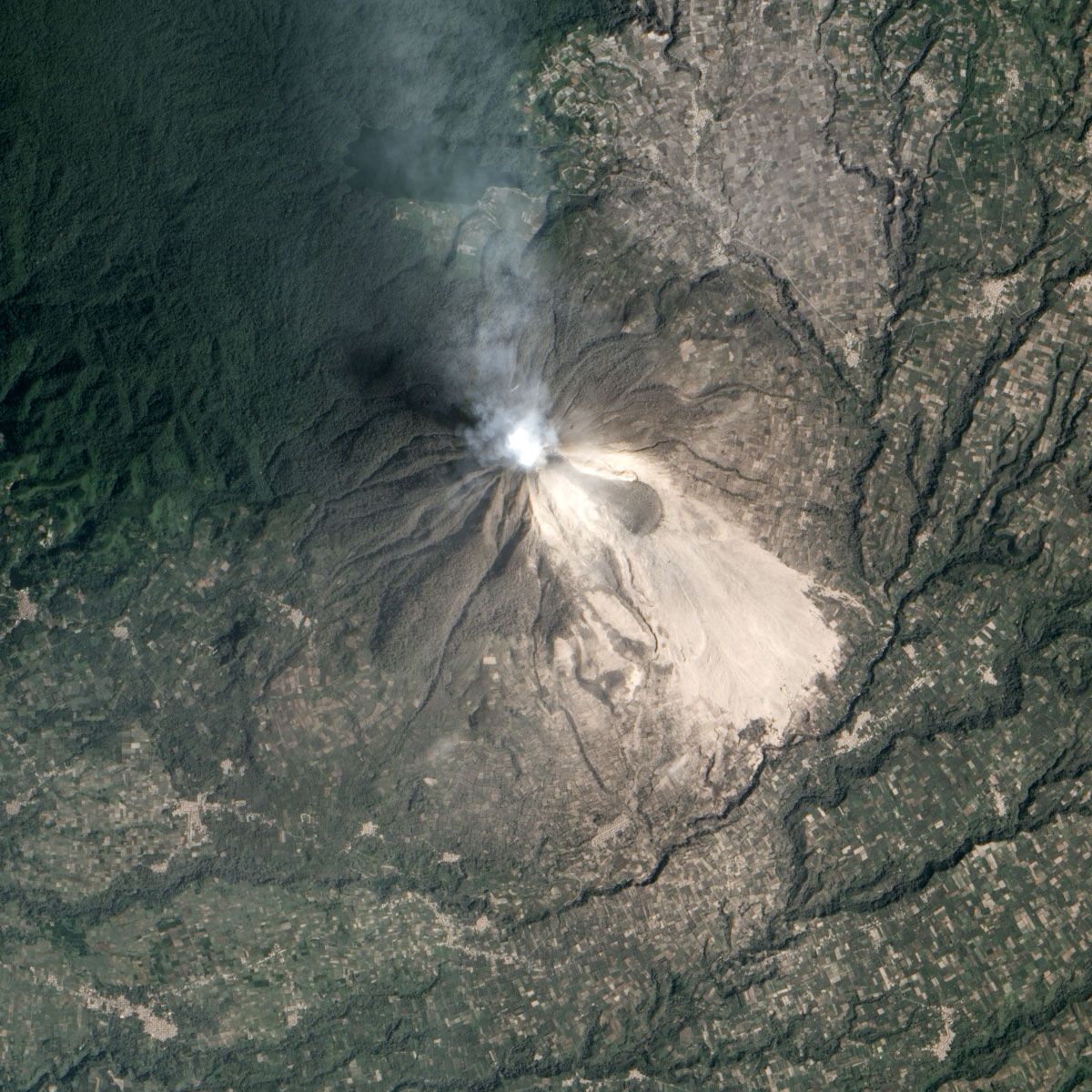 Here’s the same location on half a year earlier: 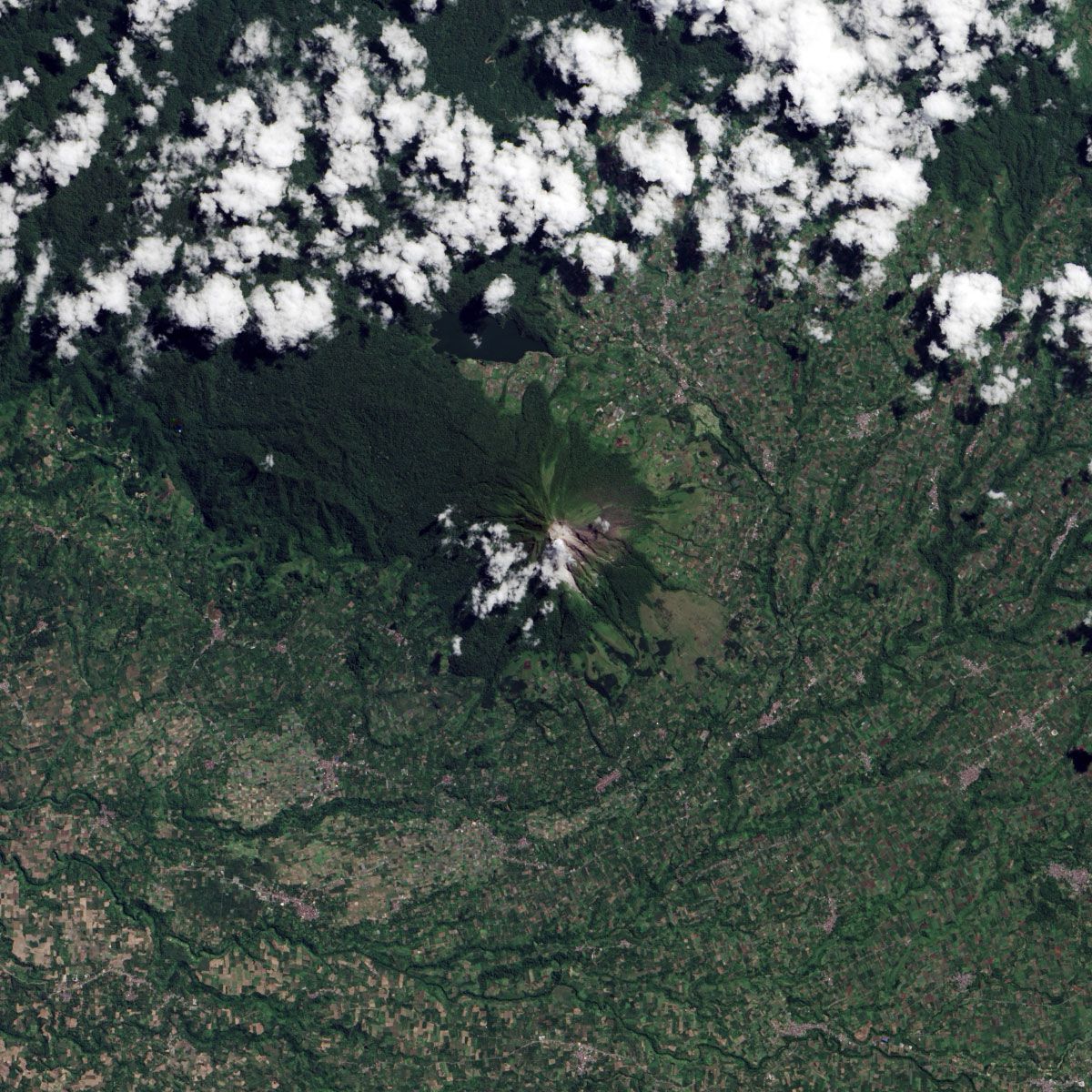 It’s difficult to get detailed information about life on the ground near this volcano. Let us know if you have any stories about Sinabung (or any other volcano) – and stay safe.