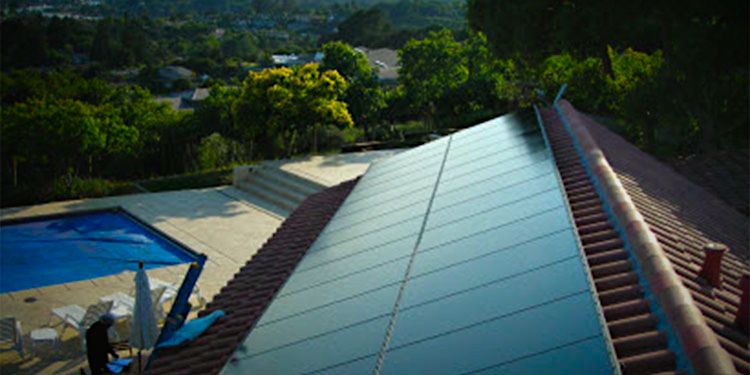 This year’s top three winners in PHOTON Lab’s annual outdoor module yield test – Sopray Energy, Risen Energy and ET Solar Industry – can count themselves lucky. Had it not been for our newly-developed testing equipment for IV curves that was still going through its growing pains, this year’s results, as last year, would quite likely have given a gold, silver and bronze sweep for one US company – SunPower Corp.

Because of the problems Photon Laboratory had with the device, measurements from 26 modules from 23 companies were deemed inaccurate. Ouch. Photon Laboratory’s only choice was to remove them from the 2013 test results.

All modules in the top ten results produced similar numbers with regards to performance ratio – with only a single percentage point between the number 1 and number 10 spot.

None of the modules in the test field were cleaned of dirt or snow, and the test ran (for the first time) an entire calendar year. It will be interesting to see what happens next year, now that Photon Laboratory has its equipment functioning properly. Photon Laboratory is located in Aachen, Germany where it maintains the world’s largest outdoor test field.

As Photon Laboratory points out on their site, performance ratio defines the technical quality of a solar module, but other qualities also need consideration. The laboratory includes older installed modules in their findings, as well as models no longer manufactured:

As far as performance rating is concerned, Sopray Energy’s SR–190 module returned a 94% rating in the 2013 report. The number 10 panel performed at 93%. Where would SunPower have placed? We can’t know for sure, but in the 2012 report, the leading SunPower X SPR–327NE-WHT-D performed at 95.2%. The second and third place modules, also manufactured by SunPower, returned performance ratio values of 94.9% and 94.8%.

We’re eager to see the results next year and in the years to come. Everyone we know who owns the SunPower X-series gives them terrific reviews: they’re said to produce up to 75% more energy over the first 25 years compared to other solar panels, they look great, and their efficiency, power density and 25 year warranty are hard to beat.