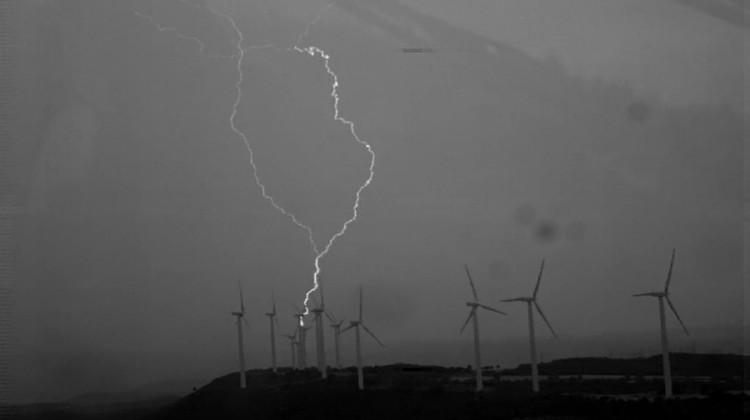 The Lightning, Atmospheric Electricity and High Voltage Research Group on the Terrassa Campus of the UPC (Polytechnic University of Catalonia) has found a direct relationship between wind turbine movement and lightning discharges.

Given the right atmospheric conditions, any elevated structure can generate upward lightning flashes–especially where movement is involved. Industrial wind turbine blades are natural candidates for this phenomenon, but until recently no one had studied and demonstrated their association with electrical discharges.

Through its lightning mapping array located in the Terres de l’Ebre region of Tarragona, the UPC’s Lightning, Atmospheric Electricity and High Voltage Research Group (LRG) has detected electrical discharges from wind turbines that are repeated periodically. The duration of these discharges ranges from a few minutes to over an hour, depending on the storm conditions.

Video images of lightning on the Rubió wind farm:

Given that the earth is struck by lightning an average of 100 times per second, this is important research. Lightning damage and damage prevention methods cost companies millions each year.